Uncover the hidden meaning behind the letter A and what its use in your name means for your personality. 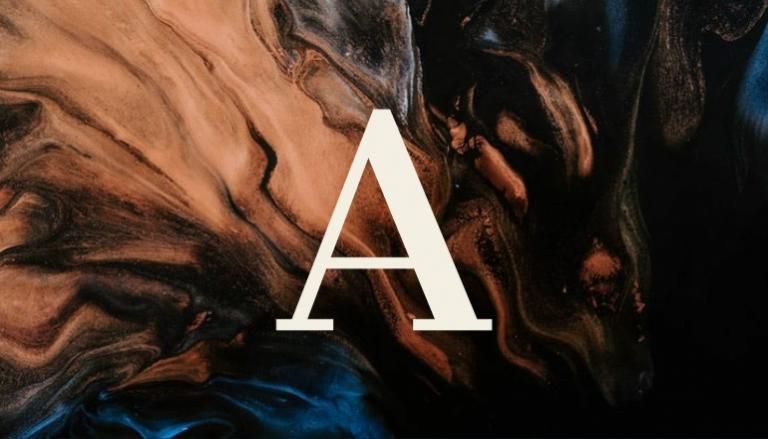 The letter A packs an energy of independence, courage and confidence. It also represents leadership because it’s powerful and gives a purpose.

If it’s the first letter in a name, it indicates the person needs to be self-confident, ambitious and driven to succeed.

When the letter A is the first vowel in a name, it says that courage is the one that’s valued and that the person is wilful, knowing his or her purpose in life.

It makes that person very interested in what life has to offer. He or she is always looking to be educated when it comes to life, is independent and can’t be controlled by anyone.

In case it’s the last letter, it reveals a person who usually persists and completes his or her projects.

The history and symbolism of the letter A

Turning the letter A upside down, it can be noticed that it has its initial shape, the one it used to have in 1800 BC. It looks like the head of an animal that has horns, as the letter was the sign for the ox in ancient Semitic.

Having Phoenician origins and being the first in the alphabet, A is an incomplete triangle with a crossbar at the middle. It also looks like pyramid, or could represent mountains.

When it comes to its numerical value, this is 1, expressing that potential needs a transition period before actualization. Looking at its graphics, it can be noticed that it reminds of the St. Andrea cross.

The Pythagorean triangle or the star in 5 points also reproduces A to its sides in 5 positions. From a Christian point of view, it may make a reference to Christ’s 5 wounds.

A is also the letter of sound, magic and mystical power. Egyptians used it in hieroglyphics to represent beginnings and the heat coming from the sun. In Greece, the Alpha is also the beginning of everything, the sound with which the external energy comes, with the word AUM expressing the Universe’s energy and symbolizing the Self and the Superior Manas.

Its significance is so important because it begins the alphabet and makes the other letters flow smoothly after it. This is a letter with strong energetic vibrations and that has a lot of strength.

When personality is influenced by the letter A

In a name, it indicates that person thinks freely and is ambitious. He or she doesn’t give in to pressure and is a very good leader who needs to be in charge and to have purpose. This individual is also courageous but has to make sure he or she is flexible enough to take other people’s opinions into consideration.

A people can also be very aggressive, but not to the point of hurting others. Their goals are well determined, and they think they can do anything. No one can stop them from believing in their own success, not to mention they’re purposeful and usually finish what they have started.

They’re highly spirited and most of the time take the initiative because they’re also courageous and don’t want to miss any opportunity in life. Not only that they’re very clever, they can also put their ideas into practice.

If there are 3 As in a name, that person can be exaggeratedly of a pioneer, starting projects and never finishing them. He or she is also selfish, not realizing that others think of him or her as very self-centered.

Such negative personalities are also very cynical. They always criticize people because they think they’re better. If their feelings happen to be hurt, they become rageful and impossible to deal with.

The hidden meanings of the letter A

When it comes to spirituality, the letter A is all about transition, most of the time representing a new cycle. If someone is going through a difficult period, the letter A is an indication that a new beginning is ahead and that the current situation is about to end.

Everything will be less stressful, but he or she needs to understand that no one else is learning his or her lessons in life, also that helping others is very important. The lessons learned may be about his or her own ability to create his or her own future.

It doesn’t matter what the past had to bring, the lessons had to be learned. Now it has to be understood that the law of choice is very true and necessary for moving on. While other people can be of great help, people need to understand they’re not quite helpless.

They have the ultimate power of making choices, but they should avoid those who judge too much and are cynical. The letter A also says to carefully check the groups people want to join, to listen because important information may be revealed, information that’s important for the future.

The thought patterns come back to people, so they need to be careful what they’re sending out to the Universe. This is how the law of Karma works. Everything a person does, thinks or says returns to him or her.