Name Numerology and The Impact of Name Changes

Choosing a name or changing the given one are actions with numerous consequences, which are discussed here, to help with these difficult decisions. 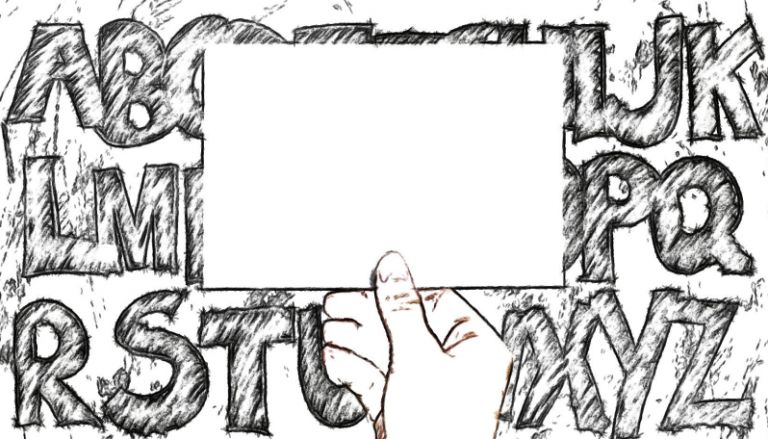 A name isn’t simply a title one is given at birth. It represents a person’s qualities and virtues as well as their downfalls. By knowing the meaning of one’s true name, a person can use it to their advantage in order to succeed in life.

People already have their names given to them, as such it is their duty to either make the best use of their name, or change it, in order to suit their needs.

The name provided at birth contains all the natural qualities, pros and cons and the original quirks an individual has, and so, this birth name cannot be changed since it has already been stamped upon an individual’s existence.

But the manner in which a person introduces themselves can be changed. And this choice that they make can mirror a person’s true feelings. The view they have upon life and themselves.

In this case, it matters not the name that has been given to them, but the name that they feel is right for them and is used at an introduction. This tells a great deal of things about a person.

This title is something that echoes through their very being, especially since it is a self-chosen one.

Thinking of one’s own name is not simply that. It is creating an image of an individual, a visualization of what they are and what their meaning in the world is.

It contains all of the effects they have on the world they live in and it signifies their true latent abilities, as well as their capabilities.

A majority of the population has nothing bad against their names. Most parents or parent figures are pretty good at choosing adequate names for their kids.

Their affection and dedication towards providing a good future to their children as well as all of those weeks or months spent on carefully thinking up the best name often provides great results in giving an individual the perfect name.

However, the minds of people change, and they do so quite often, even in this aspect.

There will come a time in a person’s life, when their name and the meaning it comes with will no longer be in harmony with their nature, their belief and their desire. When this time arrives, the need for a change of name is nigh.

Choosing a name doesn’t have to be that difficult. For an easy choice, an individual can look for a name in their genealogical tree. Something that is strongly tied to their family, for example the name of a grand-grand-grandparent.

Another efficient method would be choosing a name that belongs to someone that strongly inspires a person. It doesn’t have to be a real person from which the inspiration is drawn. It can be a favorite character from a book or series with which this individual strongly resonates with.

The worst mistake someone can make is asking for outside help when choosing a name. That’s a no go. The new name must be chosen based on a person’s own insight towards their inner desires. There is nobody that can know one’s own self than the person in discussion.

Taking their time to dig deep within themselves, take their own knowledge of themselves and add it to some numerological charts is the best way to choose a new name.

After all, it is them that know what truly drives them, as such the best choice would be something that only they know of, not anybody else.

The name is a window to the soul. It contains all of a person’s beliefs and feelings about themselves and the world around them. Everything it is used, it gives away one’s own opinion of themselves. This is of high importance as it affects one’s day to day life, as well as long-term goals.

It represents all the fearlessness, control, capacity and ability to fight on, the acknowledgement and appreciation of one perceives as gifts, spiritual and material. The name is the road towards one’s fulfilment and joy.

However, almost all around the globe, it is part of culture for a person to take upon themselves the last name of their significant other. This can be seen as something good.

Taking the name of a soulmate can bring forth fruitfulness and the blessings that come with it and will also aid in empowering and deepening an already strong connection.

Even more so if the name is not a replacement but is actually added to an existing last name. A common practice is for the wife in the relationship to replace their own last name with that of their husband.

While this might be seen as sacrificing one’s own name, it is actually creating a connection by sharing one name. Or in some cases, one part of two names to create a new one, in scenarios in which both names are to be used, as per the choice of those individuals.

But in the case in which only one partner accepts the last name of the other and replaces their own, this means that this person will be practically giving up all the blessings that their previous last name came with, which can be a great sacrifice.

Of course, this can also mean that they might replace all the negativity of their old name and make room for all the gifts that their partner’s name comes with.

There are two types of name changes. The organic and the artificial name change. The organic one is the outcome of certain situations that belong in the natural road towards one’s growth. An example can be the above discussed, marriage.

Or of something careers oriented, which often happens for artists in the industry. After all, as a far-fetched, absurd and completely made up name and example, who would listen to a musician called Allen Bomberboo the Third.

Sometimes changing a name is paramount to bringing forth good things in one’s life and that is an organic name change.

When the change is needed, either because life would go as it should with the current name, or because an individual feels it is required due to various reasons.

An artificial name change is when someone is willing either add names or change their current name, simply because they want more blessings in their life.

They want all the light in the world shed onto them without earning it. It is more than saddening to know that there are individuals who would seek to profit without hard work by simply changing their names so they can reap all the laurels without any labor.

There is a more than obvious and noticeable difference between someone that has a spiritual need to change their name, and someone who does so simply to reach life’s end goal without having to live through life first and work for it while at it.

Choosing to go back to the maiden name after a divorce is usually strongly advised.

Another piece of advice would be to choose a name that is close in composition to the one given at birth as it will bring favors close if not better than what the previous one had. But, as anything in life, there certainly are an array of exceptions to this rule.

While there are plenty of people who choose different names only to take advantage of their gifts, there are actually more individuals that have an organic name change throughout life. Either because of a career choice or committing to one partner and marrying them.