Life Path Number 8: Its Extraordinary Influence on Your Life

People with the Life Path number 8 have very intense personalities so others find it hard to say no to them. 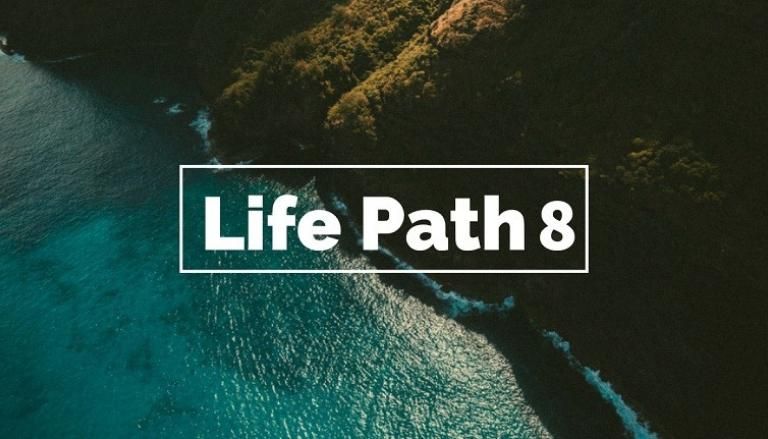 A Life Path number eight representative is an advocate of truth. These are highly capable individuals that can bring reassurance in the midst of chaos and worry.

As such, they are well sought out by others. These people are often seen to have a long-lasting commitment when it comes to relationships.

While this is great, it is something to keep in mind that their nature doesn’t allow them to be very romantic. In their ways, they are more practical than anything else.

So their partners shouldn’t expect sweet or cute gifts as proof of their affection, but something that they probably would or already need in their household, like a dish washer or something of the sort.

A number eight individual can always see the grand scheme of things. It is in their vast array of abilities to simply take a step back, and witness the process of life going on before their eyes.

They have an amazing managerial aptitude that make them fit for the role of a leader.

In their daily endeavors, number eight people will always yearn for respect and recognition.

These people are capable of amazing wealth easily. Tie this with the fact that they are a powerful individual, both in mind and body and one ought to have all it takes for happiness to take root.

They also have an intense personality that aids them in their fight for success. The plan is to gather a fortune, but not out of greed. Their desire is to use this money for the greater good as well.

In life, the purpose of eight is to build a steady cash flow. This brings a sense of stability and enables eight to be free and do as they please. The road ahead is filled with hardships.

They are meant to use their high-ranking status, gained through hard work, in order to influence the progress of society and help it in achieving its full potential.

Related to this, they have a power complex that originates from their youthful days. They’ve wanted power and influence ever since they were but babies!

Success comes and goes, and this is no different for number eight. They can either make it big or go home, quite literally.

Their quest for wealth and status requires a mind forged in iron. In their constant battle with life’s difficulties, they will have to make good use of their determination, strong will and sharp train of thought.

They learn in life through trial and error

A difficult obstacle of number eight’s is conquering their childhood problems. There is no avoiding this if they wish to reach the end goal of this life path.

They will need a tempered mind and resolve in order to go through what life has to throw their way and reach the finish line, seizing money and power as the prize.

In their attempt at attaining greatness, they will put their amazing business sense and organizational aptitude to good use.

Paving the road ahead so that the overall process becomes easier. They shouldn’t fear big goals in this regard, with the right tools, plans and people to support them, anything can be achieved.

Fate has it so that the Life Path number 8 is treated justly, no matter the situation, even if it comes to their detriment.

While others might get away with the same behavior as number eight, this person will always pay the price for their deeds, others not so much.

Unfair… or is it? This, however, is no reason to give up. Number eight must overcome this as any other obstacle in their life and rise up to the expectations.

Their qualities are also their downfall sometimes. They are stubborn to a fault and can’t take an adverse opinion. As such, they are often left in the dust by their mistakes and must always learn the good old hard way, through trial and error.

Their raw honesty is often seen as ill intent and might end up pushing people away. This might make them seem as cold and uncaring, truth is, there are few people as sensitive and emotional as number eight.

The life of eight is balanced. It encompasses the good and the bad. Their awesome abilities make them suited for leadership, but they ought to earn that their tongues can be rather sharp in their fight for supremacy, and so they should work on their social skills, for the sake of others and for themselves.

While the truth is indeed the best course of action, sometimes the way it’s wrapped is also important.

While their physical strength has no comparison, they are in actuality prone to being subjected to health problems due to their constant struggling.

After all, stress can take its toll on anybody, and they might even eventually look for release in addictive activities such as drugs and alcohol, in order to take the edge off.

Another cause could be their lack of attention to their surroundings. Anything can happen if one doesn’t pay attention, especially unfortunate accidents, so keeping an open eye at all times is well advised.

A quest for a comfortable position

While their quest is to gather finances, this doesn’t mean they will undoubtedly do so. The financial life of eight can fluctuate quite often. One day they’re rich, the next one they’re dirt poor. It’s just how things are.

Keeping their fortune and using it wisely will require order, planning, schemes and a great deal of patience.

While life might seem to impede the progress of eight, they were born with all the right tools to persevere and build a well-designed plan in order to eventually attain what they were meant to have, fortune and power.

Eights are divided into two groups. On one side, there’s the people that due to a problematic upbringing and general childhood issues have given up and indulged into addiction, drugs and alcohol to the point of depravity, and then there’s the other side with the pole that through it all, have fought and overcome the trials of life and have come out as shining stars of success.

This is proof of how unstable the fate of eight can get. This Life Path number ensures that these individuals will have enough hardships to last them a few lifetimes. Their determination and goals are something not to be trifled with.

Nothing bends the will of an eight and they will always get right back up after getting knocked down.

Whether it is them, someone or something else that does the knocking, they always muster their strength and rise high, taking back what was rightfully theirs, greatness.

And eight that is doing well in life is cooperating properly with their destiny and will amass great wealth that they will without a doubt use for the greater good of the folk.

Seeing their strong suits as detrimental and negative is something that happens often for number eight. They should never lose sight of the truth.

These people are here to use their power and fortune for society so there is nothing negative about their demeanor or purpose.

They tend to get lost in work and by constantly looking at the bigger picture, they lose sight of themselves, ignoring their own needs.

The number eight really should pay closer attention to themselves from time to time and take a step back and relax. Other people’s opinions on this person might vary, this individual ought to remember that their quest is a noble one and nothing anybody says can prove otherwise.

Ignoring the toxicity others throw at them and keeping to their merry successful ways is paramount for the Life Path number 8.