Life Path Number 7: Its Surprising Impact on Your Life

People with the Life Path number 7 have feelings that run deep and will often leave the world baffled with their authenticity and honesty. 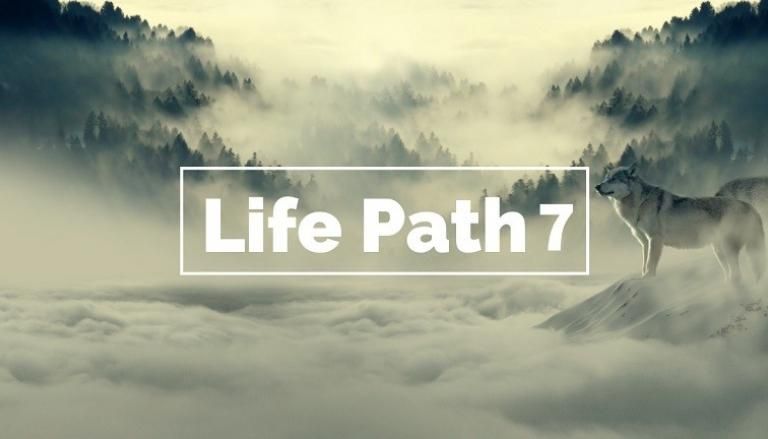 People of Life Path number seven are highly intellectual individuals. Their adaptability and imagination run off the charts.

Since their early days of youth, their favorite hobby has been digesting information, understanding it and solving any sort of mystery and problem using said information.

As such, it comes to no surprise that these people often favor science above all else. They are a diligent and determined folk, that always ensure goals are met on time.

Confidence, faith and loyalty are paramount to the number seven. Confidence and loyalty to the truth of the world. They are very attentive and can make out the finest of details in any research they encounter.

They go crazy about having a problem to solve on their hands or a mystery to unravel. Seeing as how this is the case, they make for amazing scientists, men of exquisite and crucial detail that aid society with their revelations and discoveries.

Their mind is always open to outside stimuli. Getting so much input and information to process can become exhausting, so they need some rest from time to time, in solitude.

They have all the right tools to reach the goal of number seven, which is the Truth in all things, especially the truth of the inner self.

Number seven is an ace when it comes to information. Anywhere, anything, whatever they find, they will digest and use for the greater good.

These people are very insightful, almost as if they have an extra sense that allows them to see beyond all things.

This, however, is contradictory to their rational and analytical mind, simply because it is yet another mystery to uncover, yet one that might not have an answer, as such they are left bewildered.

There are two things for the Life Path number 7 to do in this scenario. Either leave the information provided by this sense to be blown out, unprocessed by the wind and into the void, but be left with a feeling of emptiness and dissatisfaction.

Or learn how to harmonize one’s own sense of inexplicable intuition with a mind that keeps rocketing off the charts of intellect.

Accepting both aspects of number seven’s nature is the perfect recipe for a fulfilled life. After all, the main quest of this number is to unravel the secrets of the self and only afterwards the mysteries of the universe. Or who knows, they might be one and the same.

All of the information that seven’s mind and spirit accumulate can sometimes put them into overdrive and become the invitation to exhaustion.

When this happens they need some time off. From everything! This spells out seclusion from all activities and people.

This is often seen by others as cold, distasteful behavior. While this can be an issue and it pushes people away, sometimes permanently, and number seven is no fan of loneliness, there is not much this number can do.

The only thing they can try is to balance socializing and keeping to themselves at the same time.

Number seven is rather unique compared to other individuals. This can often estrange them from the world due to their differences.

Learning to embrace and soothe these differences is well advised in order to provide number seven with a proper social life.

A possible issue for seven is being caged within their own minds one to many times during their lifetime. But this too is part of their mission, to always wonder about the wondrous, the mind and the secrets that lie within.

These people have strong faith, opinions and feelings that run deep and will more often than not leave the world baffled with their authenticity and honesty. Their perspective is both insightful and logical and will bring bountiful results to the world one day.

The Life Path 7 individual puts great emphasis on solitude and thought processing and so the spend most of their days by themselves, lost in thought.

Within seven, there is an ever moving, restless spirit, as such they ought to detach themselves from the daily noise of life from time to time in order to connect with their surroundings, with the nature around and recharge their batteries.

When it comes to romance, number seven is nothing if not sincere, faithful and straightforward. In a relationship, seven has an inexhaustible amount of love to offer.

An issue this person often encounters is showing a lack of encouragement towards their partner. Why? Simply because within number seven’s deep soul, there lies an insecurity which is based off of the fear that there will come a day, when their partner will choose to leave them behind, thinking that they aren’t good enough for them.

If their partner does indeed leave, faith has it that it is because of the exact opposite reason as number seven would have originally thought. They leave because they feel they can’t reach atop the level at which number seven sits.

Another downfall to number seven would be that while they overthink everything else, when it comes to communicating, they forget that their words can affect others negatively if they aren’t careful.

There are mysteries in the world that not even the number seven can solve, and those are… the feelings of others. Sounds anti climatic, doesn’t it?

Learning to face their fears

These people are in constant need of intimacy and will keep others at bay in order to maintain it. With their general demeanor, number seven gives of the impression of being cold and detached, almost insensitive in the face of others.

This is not done to offend; it is simply their way of being. This individual ought to take advantage of the positive energy that number seven has in order to properly enjoy life and share in the welfare of the world.

Number seven will often feel as if they don’t belong anywhere. Because of their rationality, they’ll forsake most forms of faith, leaving them sometimes in confusion and at a loss of words.

They also avoid the average daily life that people normally have as it bores them. This is actually an issue that number seven often encounters.

As such, when they lose focus and sight of themselves because of this, they tend to indulge in psychoactive substances like drugs, alcohol and will try losing themselves in sexual activities whenever they can. Literally anything that enables them to “run away” from their issues.

The problems that number seven encounters often are mostly related to having trust issues and being introverted.

Their sensitivity and complicated nature don’t help them in this regard either.

When number seven is doing well and has balance in their life, this individual can rest and relax, knowing that comfort and harmony are coming their way. Something they can do to speed up this process is to share their emotions with others more often.

People often can’t outrun their fears, and this is the case for number seven as well. Their fear of being left behind is often brought to reality in their relationships. This person ought to learn self-trust in order to get out of their shell.

Their nature makes it hard for others to understand them since they hide behind a veil of detachment and mystery.

They might sometimes find life too overwhelming and in an attempt to escape its hardships, they might fall into the depravity of addictions.

A big obstacle is achieving the perfect balance between a rational mind and staying independent while not driving those around them away. Number seven is defined by profound concentration, creativity and freedom.

People with this number will have difficulty creating bonds, because others see them as detached, aloof and too mysterious for them to try getting along with.