Life Path Number 5: Its Extraordinary Impact on Your Life

People with the Life Path number 5 are constantly seeking new ways to keep themselves entertained, and are regarded as exciting personalities to be around. 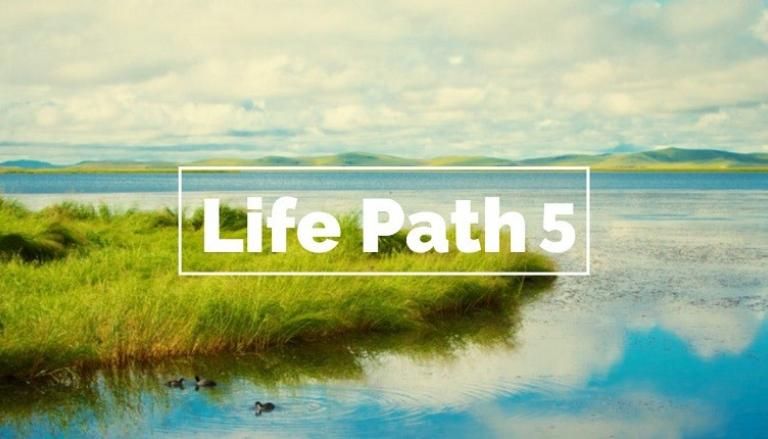 This Life Path blesses people with top grade intelligence. They are exciting individuals that strive to learn whatever they can.

Their biggest passion is that for freedom. There is nothing that brings them more joy than embarking on adventures with every occasion they get.

They have a blinding desire to experience everything that life has to offer. They also excel at communicating with others. The tales they tell speak of the thrill of adventure, inspiring others to join their quest.

Their social skills, paired with their intellect, make them suited to be named the shrink of society, seeing as how their counsel is well sought and valued in general.

After all, their calling is also to the people. Number five is often seen to be the spectacle in a crowd.

A downside to number five is that they usually get tired of activities rather easily, as such they require diversity in their lives. They are always on the hunt for extreme and intense moments.

They constantly seek out different methods to enjoy life to the fullest. They want to properly feel everything, so all things have to be in the right amount, the right quality, color, taste, feel, so on and so forth.

In their quest for excitement, they will often exaggerate any situation, just for the sake of it, in order to create an arousing outcome to tickle their drama addiction.

Physically, number five has been gifted with highly attractive features. The Life Path number five represents individuals that often have a tendency to be against taking any marital vows. Especially at a youthful age.

However, if they do engage in such activities in this period of their lives, they are prone to breaking the marriage apart quite quickly. This is a process that is repeated several times, due to their ever-changing nature that thrives on diversity and adventure.

In business, number five usually prefers self-employment. They would much rather be in the lead than being ordered around by a superiority figure.

The meaning of freedom for the number five is dependent on the yearning for excitement, and having nothing to bind it down, no shackles to hold it in place. Noting other than this desire has jurisdiction over the life of number five.

Sadly, due to their character and mentality, there is no such thing as harmony for number five, at least not that often. This is because of how chaotic their quest for freedom and enjoyment can become.

But like any other experience in life, number five is meant to learn from such scenarios. Seeing as how randomness can be quite the constant in the life of five, they easily get accustomed to it.

They actually end up excelling at digesting such erratic, spur of the moment events. All in all, this provides great adaptability which five uses to their advantage in dealing with any issue that appears.

In their endeavors, number five will present a tendency to ignore one’s own needs and prioritize those of others above theirs.

These people simply loathe being bored, which is pitiable, seeing as how their boredom meter gets filled quicker than a gun shoots a speeding bullet.

Their nature often pushes them in and out of romantic relations. Or to be more precise, out of physical, sexual relations. Since they enjoy the sensuality of the world, it comes to no surprise that they’re big fans of sex and will look for it wherever they can.

Long term commitments are something they take into consideration only after they have explored enough options and have gotten bored of them. They settle down once they feel there is nothing left to experience.

Number five sadly doesn’t have any conscious or unconscious barriers set up to dilute the intensity of life.

As such, they will find themselves often feeling things more intensely than others, living under the impression that this should be the same for everybody, they are usually left confused by this difference.

This person is often left confused and lacks concentration in their daily life. Not because they choose so, but all the stimulation from external and internal factors simply provides too much input and information for them to properly distinguish everything that is happening.

However, they don’t want to rid themselves of this either, after all, they do want to be able to feel and learn anything life throws at them.

On the number 5 Life Path, people ought to teach themselves self-control and also motivate themselves to create a schedule to follow, a routine, so that they can properly rid themselves of all the excess energy, even if it might sometimes be against their nature and bore them to create such a repetitive cycle. It is much better than letting chaos and disarray take root in their lives.

Due to their constant yearning for a stimulation of the five senses, they are always seen on the lookout for new methods to experience adrenaline and pleasure.

This might be the recipe to disaster, seeing as how this makes them prone to indulging in addictive substances or scenarios one too many times.

This is another reason why they require discipline in their lives, so as to not fall into a depravity that might later become their undoing.

This procedure is dangerous as well. Dangerous for the nature of five. A routine might cage them if they don’t learn to balance things out.

They might end up becoming this docile, bored individual that would rather stay at home than go out on any sort of activity or adventure.

The dream for the Life Path number 5 is in no way the general mundane idea of stability and comfort. They prefer extreme situations that challenge both their mind and body in order to grow and adapt. They encourage behavior that develops bravery in people.

They are prone to being jobless quite often. Seeing as how against normal jobs they are, even with a lack of financial stability, they still will find it hard to jump back into the fray of job hunting.

They simply hate working in the same type of environment. In this case, they ought to mix their methods up, find something new to set their mind free and bring food on the table as well.

Keeping in mind that a job which includes working from home will be toxic for number five is paramount. It will cause them to grow roots and become too comfortable in the premise of their own house.

The mere idea of getting up and out might cause nauseating anxiousness. It is part of a five to go out there and experience life. Going against the flow of this path will only bring sorrow and negativity.

Consistent traits and qualities that arise when a number five individual goes through ideal situations are bravery, self-control, and the capacity to share in their knowledge of freedom and ways to enjoy life.

These people are exceptionally influential and exceed expectations when it comes to convincing others.

Any sort of profession involving moving around and traveling is an adequate choice for this number, as it will provide plenty of opportunities to keep away from boredom.

Their high adaptability also makes them well versed in taking any sort of job and excelling at it without many issues.

Their nature is contradictory to the basic human need of stability. They find it hard to commit to anything. A job, relationship, plans, goals, all due to their desire for anything new.

Their ability to quickly adapt also makes it so that they get bored of things easily. It is advised that number 5 ought to teach itself discipline in order to truly feel the freedom of enjoying life and the joy felt when something is brought to completion.

This will be a difficult road, but it is not impossible for number five. They have everything it takes to fulfill their destiny.