Life Path Number 4: Its Surprising Influence on Your Life

People with the Life Path number 4 strive for many accomplishments in life, can focus very well but are also fearful of being judged by others. 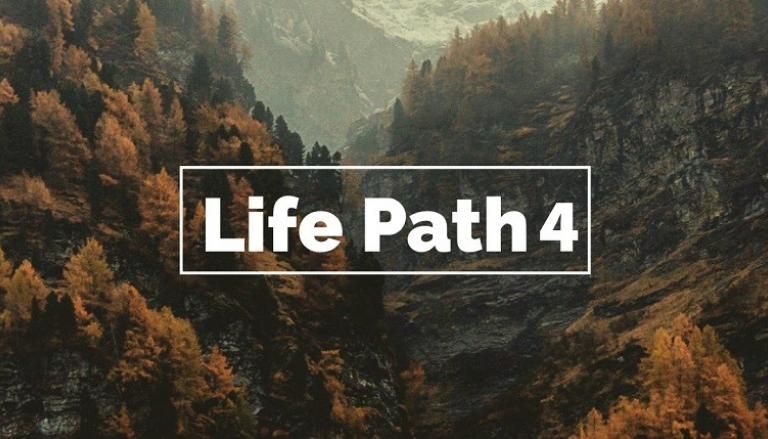 People with the number 4 Life Path are some of the hardest working anyone could meet. They are diligent and determined in everything they do and are brilliant in any workplace environment.

After all, honest work is their bread and joy. Any goals they have will eventually be reached through with their iron will.

An issue is that they also see these qualities in those around them, even when they’re not. This often is the harbinger of confusion and conflict, as not everybody will rise to number four’s expectations.

Everything the earth and society have to offer is of great significance to number four. Anything physical and material will be like a shiny object to a crow when it comes to this path number.

This also includes rationality, family, strength in both mind and body, status and property. So on and so forth. Number four requires a strong sense of confidence to be present in their daily life.

Sometimes, because of their upbringing and their nature, they will often look for a feeling of protection and will have the desire to leave something in their wake, as such they will look into building an entrepreneurial establishment, a family or even going as far as getting into teaching in order to pass down their knowledge.

Sincerity and faithfulness are of utter importance to this individual. They will always take care of those in their entourage and encourage them to be the best version of themselves.

Number 4 individuals will always be on the lookout for the true meaning in their lives. This is their calling.

To belong to the Life Path number 4 is to walk a road of diligence, honest and hard work and to achieve greatness, which afterwards is to be shared with the rest of the world and bring prosperity to society.

While there is no room for chaos and doubt in number four’s life and this individual will go out of their way to keep such things at bay, such feelings can still appear.

If this happens, it is high time to start looking at things from a different angle, to find different methods and solutions for daily tasks. After all, their highly capable and attentive mind can do pretty much anything with enough determination, so why not this as well?

The fourth Life Path is that of patience, efficiency, concentration, sincerity, initiative and common sense, and all that walk it must learn to properly experience and embody these traits.

Since these people have no room for erratic behavior or situations, they will constantly strive for equilibrium. They use their bright mind in their quest for gathering information from all over the earth and putting it to use in creative, practical ways for society.

Their seemingly infinite wisdom aids them in such activities. These qualities make them fit for becoming leaders and will often be seen at the top of a business, managing plans and tasks in order to efficiently bring them to fruition.

When they take interest in a subject, they will eat up any information that they happen upon until there is nothing left to know.

Number four is often serious, however they can also become quite the comedians when going out. Even so, they still prefer keeping things genuine, raw and on the subject, using logical thinking in all of their endeavors.

Because of this, they might often appear as cold and aloof, but they still end up being the most rational of the bunch, no matter what others believe.

Their advice is more often than not what keeps the boat floating. They know they’re right, so they will defend their argument to the death… well, not literally, but they still won’t easily give up if such a situation arises.

These people are haunted by the fear of being judged. They require constant recognition in order to feel secure and successful. Number four’s usually high expectations will often be a thorn in their sides.

If they don’t meet said expectations, they end up feeling disappointed and will often interrupt the progress of a project, simply because they aren’t satisfied with the way things are going.

Since they need to feel comfortable and safe in their lives, it comes to no surprise that home is of utter importance to them.

A house with a loving and caring family that prospers in harmony is one of their deepest desires, but sadly it will be a difficult task to achieve. In family life, number four often encounters hardships due the past of their own family.

Usually they go through tormenting childhoods that often include misbehavior on the parental side, such as physical abuse, addiction and vices become a threat to number four’s mental stability.

Taking advantage of all the blessings four has to offer requires paying attention to one’s own heartfelt and mental issues and solving them in the practical manner that number four is so famous for.

The bright side to this? Their traumatic upbringing often turns number four into a vigilant, watchful person that puts the safety and joy of others as a priority and in such relations, sincerity to them is of great importance.

They need to be less criticizing with themselves

The gifts number four brings with it will sometimes lead to blind success and turn an individual ignorant towards the hardships of life.

While this can be good, in the end, the bad things might reach number four’s attention and come raining down, and when it rains, it pours. This will leave number four gasping for air in surprise and quite overwhelmed.

These people will often be held liable by others. Those around them will attempt to shame them for their methods and success. Retaining one’s confidence and taking responsibility ONLY when it is required is the only way to stop being the target of such toxic attempts at one’s sense of security.

This happens most often in romantic communions. Properly comprehending and differentiating such situations is key to keeping a healthy mind and not hurting those around.

While their ability to digest any and all information can come in handy, it can also be their detriment and make them feel encumbered beyond limit.

When this happens, four ought to take a relaxing break, maybe a long stroll through the woods or a vacation to get rid of the dangers to their overall judgment.

Their polite and conventional character and way of thinking, the way in which they are more than careful, makes them appear as aloof and detached to others. Which in all honesty, they sometimes are, but it is simply in their nature, they mean no offense in their ways.

Women of Life Path number 4 will usually be seen as “manly” because of their assertive and powerful nature. They also tend to engage in romance with men that end up being the target of their affection as well as becoming subject to their material aid.

These people have a tendency to resort to psychoactive substances to take the edge off, however it would be best to take advantage of the nature around in order to relax and rid themselves of stress, rather than falling into addictive, harmful patterns.

Number four locks itself in a restrictive cage made of limitations placed on them by themselves as well as others.

Realizing that the key to freedom is in their pocket is paramount. It will be a long journey towards freedom of mind, paved with hard work and determination.

Due to their nature, these people will be limited by their own minds. They overthink and overuse their stone written rules which state that everything must be in order, and so their thinking ends up being erratic instead of peaceful and practical.

Their desire for emotional and mental safety, comfort and balance will be their downfall if they don’t temper their mind. The life of number four requires harmony between work and fun. One ought to take a break now and then and enjoy the thrills of life.

While their ways are usually efficient, they might end up being blinded by the very things that usually keep their lives in check.

They can be too strict; their ideals lacking fluidity and will often overlook the feelings of others as well as the brilliant opportunities that come their way simply because they are too concentrate on doing things “right”.

Taking a look at the bigger picture is the key to providing more ease to number 4’s journey in life.