Life Path Number 3: Its Incredible Impact on Your Life

People with the Life Path number 3 are charming and possess great social skills but they sometimes are seen as too straightforward, if not blunt. 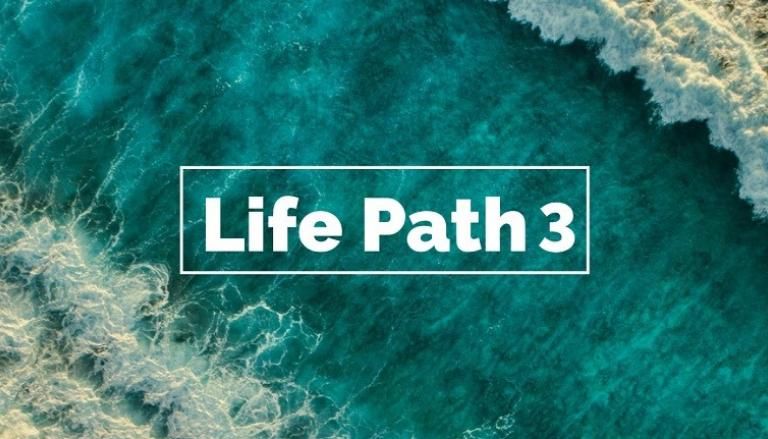 For people with the Life Path number three, there is always an abundance of imagination. They will always be seen coming up with original methods to tackle anything in their path.

They can easily meddle and dwell in matters of art. After all, they require an outlet for their creative spirit to manifest. Letting their creativity roam freely is advised in order to avoid negativity in life and sorrow.

Number 3 often sees life from a bright perspective. It’s all about happiness, smiles and overall joy.

This individual has highly developed social and communication skills that they often put to great use and are more than charming and have their fair share of empathy to share around. All in all, with these traits, they often put those around them at ease in stressful times.

Expressing one’s self is paramount to number threes happiness and success. However, this can be a double-edged sword, as improper use of one’s words can lead to disastrous social situations and so caution is advised.

Always staying truthful to the one’s own words and soul is required in order to avoid conflicts.

Prosperity, coexistence and improvement, both of self and of others are the pillars in number three’s life. Nothing brings them more joy than lifting others up with a smile and using the array of talents that stand at their disposal.

Either through art or their understanding and communication skills, they always find a way to put a smile on a stranger’s face.

Pretty much nothing fits number three more than a spotlight. Whether they want to or not, they always end up in it through their inventiveness, all the while creating deep and meaningful bonds with others.

Enjoying life and sharing in its thrills with those they meet is the path of number three. They are attentive and intelligent individuals that digest information quickly and efficiently in order to turn any given situation in their favor.

These people are nothing if not brilliant at working with a public. Anything that enables them to bring their creativity to the table is more than welcome. They do great as wordsmiths, creating stories and books for others to enjoy.

They also excel in matters involving the theatrical arts or acting in general, as well as educating the youthful minds of others through their teachings.

A downfall of the Life Path number 3 is that they don’t do well in day to day jobs. They would much rather be self-employed and work as their own boss than work in a job under the supervision of others.

With how quickly they comprehend and use information, when others prove to be slower than them, it can be seen as problematic by the number three.

While they are great with their social skills, they sometimes are seen as too straightforward, even blunt at times, which will discourage others and make hem shy away from this individual. Words must be chosen carefully so as to not hurt those around.

Number three should not let these sort of scenarios push them into solitude. On the contrary, they should embrace such challenges in order to grow.

One ought to always express their feelings, but to do so with care. This is often a difficult task, seeing as how three usually has to cope with immense insecurities, more so than others.

Having one too many thoughts on one thing can drive number three mad as well as those around them.

When this happens, it is good to remember that self-care is in order, one should leave the crippling doubts behind even if it might seem impossible at times.

This is the best course of action. Once number three starts flourishing freely, insecurity will be a thing of the past.

For the Life Path number 3, romantic endeavors are abundant in faithfulness and passion, at least on their behalf, and almost to a fault. They always find it difficult to let bygones be bygones and often hang onto a relationship long after it’s over.

As with other aspects of their life, even in relationships and past relationships, they overthink everything.

They always turn the coin around until no side is left uncovered… and there aren’t that many sides to a coin now, are there? Best advice would be to simply let go of the past, leave any blame behind and look forward to the future.

These people wear their hearts on a sleeve, as such they easily get hurt, and once that happens, they resort to seclusion, solitude and drown in feelings of negativity.

If their hands are being forced, they will vent all of their pent-up aggression and frustration on those around them. In these periods in their lives, it is best for them to make use of their creativity.

Using their inventiveness to create will take the edge off of things and break them free from their cage of depression.

Their nature influences them, whether they know it or not, to pick partners that are troubled or that need helping or “fixing”. If said partner is found and three fails in aiding them, a feeling of disappointment and sorrow will take root in their heart.

This is after all, the favored poison of number three’s choosing. This is a number of polar opposite extremes. These are either the most joyful of the saddest people someone could meet.

Once number three understands this is part of the path, they can start working towards solving this issue and straying further and further away from such toxic relationships.

While their talents make it easy for them to excel at anything, it is precisely because of this that they have a hard time focusing on one thing.

This brings a cloud of confusion in their mind which halts their progress in any of their endeavors.

Another issue in this department is that they can sadly use their communication skills to convince themselves not to finish a project. Even the smallest dents in their plans can spell failure to them and will stop them in their tracks.

This is a given, seeing as how number three lacks patience. Once they rid themselves of negativity, number three is often seen happy and fulfilled in life and constantly exudes positivity, harmony and overall inspiration for others.

Number three usually holds its tongue tied due to insecurity. Letting loose and speaking up is a must. Once they release their feelings, they will easily become a beacon of insight for those around them.

While they can handle any type of humor, they can as easily become judgmental of others. They throw their criticism disguised as sarcastic comedy.

While the parade can go on for a while, others, especially their loved ones, will eventually notice and stray away, hurt, from number three and in return three might shift the blame on them, instead of taking responsibility.

Replacing this toxic trait will make space for three’s imagination and creativity to color their lives as well as those of their loved ones. After all, that is their destiny. To produce joy for others and motivate them.

The path of number three leads people on a mission to rid the world of negativity. This will be a difficult goal to achieve since they are easily influenceable on an emotional level and are highly empathetical.

They will often adopt negativity into their heart, especially when coming from the issues their loved one have, and take their problems and opinions to heart. Confusion will be a common threat for this individual.

Defying the odds, rising up to the expectation with the use of their brilliant intellect filled with originality and happiness, breaking through their shyness and insecurity, that is what is paramount in order to reach the finish line of Life Path number 3.