Life Path Number 2: Its Remarkable Impact on Your Life

People with the Life Path number 2 are emotional and kind, with a burning desire for affection and company. 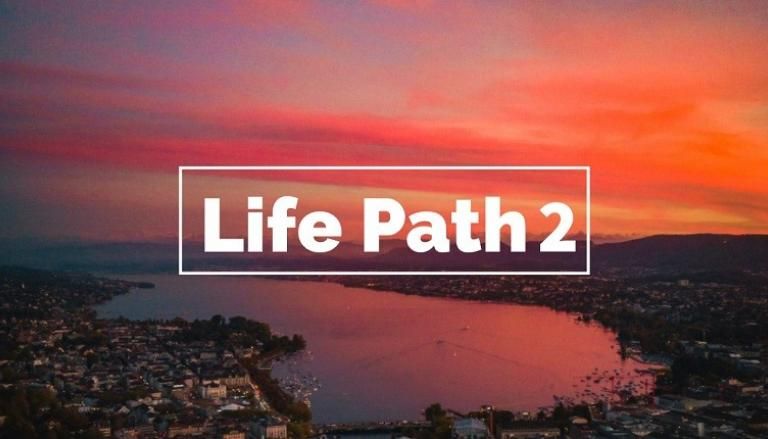 The mission of number two is to bring harmony everywhere they go. Any needy soul, misguided individual, hurt person will be sought by this number, and helped.

They notice all the small details easily and are highly attentive. This, together with their adaptability enables them to solve an array of problems with ease.

The one with the Life Path number 2 is a person of action, not words and will often be seen doing their best for the greater good of others.

Number two people are brimming with affection. They will always strive to make those around them happy.

They also have a deep, powerful insight that usually makes them prone towards taking interest in the mystical arts.

Their nature allows them to easily understand both sides of the coin and analyze them without difficulty in order to properly work towards balance.

Romantically, they will be on the lookout for a tranquil environment for their relationships to become prosper and flourish in.

They enjoy company of any aspect. Be it at work, when going out with friends or when around family.

Seeing as how the main goal for number two is peace and balance, it comes with no surprise that this individual detests fighting and arguments.

Number two can, however, turn the other way around and completely forsake their peace seeking ways in exchange for a more battle-ready personality.

For this individual, the utmost joy is when they let themselves bask in the compassion they so desire, for themselves and for the rest of the world.

A career that involves working with people, for the people is where they will do the most good and feel most fulfilled.

As such, any field that lets them be themselves and offers a helping hand to others will bring a sense of achievement to number two.

Giving their entire heart to the world

Being the way they are, these people have their emotional sensitivity set off the charts. This makes them vulnerable and prone to being hurt more often than not.

If that wasn’t enough, their empathy subjects them to the daily turmoil that others go through as well.

To be number two is to be in sync with the inner reality of one’s self, with the positivity of the soul and the compassion one should have for their fellow people.

These people will often fall prey and become victims to their own deep emotional entanglements with the world.

It is advised that they remind themselves that the world is seen differently, from individual to individual.

Working towards not letting the behavior and opinions of others hurt them is a must. Doing so will grant a stable, healthy mind and harmony in life.

Being a Life Path number 2 comes with a burning desire for affection and company. As opposed to number one, number two will often seek love from others as well as give love with nothing to ask of in return.

It is simply the path of number two to give their heart out to the world. But caution should be exerted in order to not hit rock bottom from a mental point of view, due to their need for affection, especially if they do not receive it.

With such a strong yearning for love, both as the receiving and providing end, number two can become rather suffocating.

On a different note, number two can also shy away from any proof of affection due to the insecurity born from fear of getting hurt. The secret is to find the balance between these two aspects of the number two Life Path.

With everything two has going on, it might be difficult to see these people as leaders, however they have everything it takes to reach the top.

As opposed to number one, two will lead not through their idealistic and practical manner and abilities, but will however be followed unconditionally by those around them.

They are after all a representation of inspiration and a brilliant example to be taken. That of affection, understanding, comprehension and compassion.

These people are a beacon of confidence and reassurance that will guide the way. They will seek the best in people and will bring it forth into the light, for everybody to appreciate.

Number two is the one that handles the dirty work for others all the while dealing with everything with neat, gentle hands. In this way, they are the proxy of the people, managing the required connections in order to bring welfare to the world.

Traditional convictions are a wall that number two must break in order to bring their quest to completion.

Changing the rigid minds of people and convincing them that harmony is the way will be a difficult but required task.

As stated, this must be done with conviction and persuasion, not force. That is not the way of number two, and staying loyal to its nature is paramount.

Within number two there lay the polar opposites of power and susceptibility. Finding a balance between the two will prove to be a difficult task, but it is required in order to maintain the peace.

Especially since number two is a family person, and welcoming discord in their home is unacceptable.

A hobby of number two is to sacrifice their mental and emotional health to the point of exhaustion for the sake of others, which, in all honesty, is something that ought to be considered as more than just toxic behavior.

All of these selfless deeds will often be unnoticed by others and no recognition will be given to number two, so, they will need to achieve mental stability and self-appreciation through their own strength.

While the purpose of number two is to offer help and be there for those in need, they ought to temper their minds in the process, because people will often take these individuals for granted, and the lack of appreciation might turn number two into a sour individual filled with angst.

Staying faithful to this Life Path’s destiny and appreciating the selfless sacrifices that they make will be crucial to feeling the joy and fulfillment that his number brings.

Taking a proper, enjoyable stroll in number two’s shoes includes coming to terms with the fact that the opinion of others will almost never be on the same wavelength as the one that this individual has.

Only then will the life of this person take root and grow into the fruitful tree of life that it was meant to be.

These people ought to detach themselves from general expectations and see to their own business, to spread love and happiness.

Since being overly vulnerable will be a common trait for number two and the lack of appreciation for their actions will be plenty, these people will sometimes need to forget about the world and focus on themselves and their own personal health instead.

Seeing as how this individual can overstep boundaries in their birth given quest, they will often be pushed away, as such they need to learn not to resent the world for this, it is simply the natural flow of things.

Creating their own boundaries is well advised in order to attain spiritual and mental tranquility.

Releasing itself from the shackles of other people’s opinions and interpretations is the only way for this number to experience freedom and truly fulfill its quest.

This is about freely giving loving aid to those in need and working towards the greater good of society without the troubles of stress and anxiety that come with the critique and ignorance of others.