Life Path Number 1: Its Extraordinary Influence on Your Life

People with the Life Path number 1 are the undisputed leaders but their personalities hide even more depth of emotion and even small vulnerabilities. 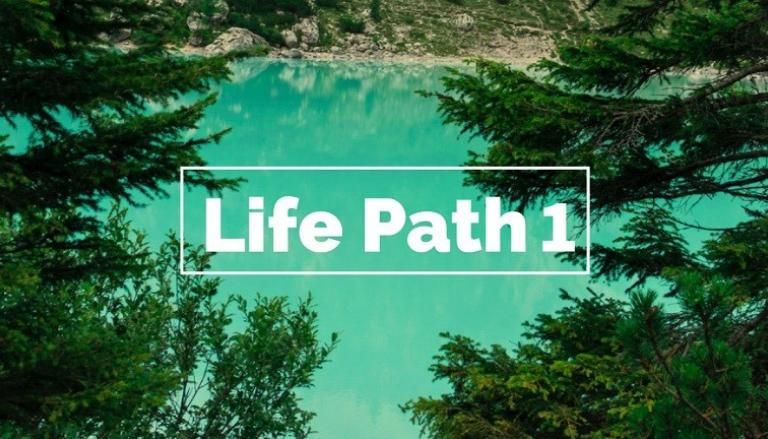 Number one people are work crazed fanatics. They are highly competitive and determined to become the best and will often make the impossible seem possible.

Their qualities shine best once number one realizes that they are part of something much greater than themselves.

These people are blessed with great endurance, both physical, mental and spiritual. They also have great communication and social aptitude along with an array of different talents.

The Life Path 1 individuals always challenge themselves in order to become the greatest they can be at pretty much anything they try to do; however, they have a tendency to easily get bored as such, they will require diversity.

This person is often seen striving towards being autonomous. They are also self-assured, bold and decisive in their endeavors.

With number one, there comes a passion for creativeness. These are people that have an abundance of ingeniousness and originality and they feel obligated to put these traits to use.

Due to this, one could say that leadership is their one true calling. They do great in a business, especially at the top of one, leading it, since management is something they also excel at.

As such, a good lesson that Life Path number 1 provides is to have faith in one’s own self. Any goal can be achieved if someone believes in themselves enough to take it to the finish line. This number is often represented by advancement.

These people attain their grandeur gradually and never take shortcuts.

Each milestone is an objective for them and with the completion of each and every one of them, they get close to fulfilling their desire and purpose and attaining appreciation and acknowledgement for their deeds.

Due to the assertiveness of number one individuals, they are often portrayed as aloof and selfish people.

Caring about one’s own self is a must, seeing as how the purpose of number one is to indulge into one’s own person and learn all there is to learn about the machinations of the inner world.

This sort of behavior is seen as off putting, however, accepting the truth hidden inside and coming to terms with reality as well as embracing the path of number one, will make people eventually stop pushing against those of number one.

The three phases in their lives

At birth, the stars foretold of a great leader, with all the required qualities to guide others. That was the number 1 individual.

An autonomous, diligent and dedicated individual that never feels better than when doing honest work. A downfall to this number would be that they are too harsh with themselves.

While to voice of criticism is good for self-improvement, listening to it too often will give it too much power, turning it sour and poisonous, halting number one from its progress.

There are three phases in the life of number one. The first one is related to number one’s drive for becoming independent and is in direct relation to their family and those around them.

So many questions appear regarding this subject during this phase that number one will often doubt their meaning and become unable to comprehend the purpose of all of this.

In the second phase, which can also be named the defiance phase, number one lets anarchy run rampant and their desire for becoming autonomous gets amplified tenfold in their attempt to become independent.

This will be a difficult task and after all is said and done, and number one achieves an adequate sense of independence, they can proceed to the third phase of their lives.

During phase three, number one can properly take advantage of their imagination and originality in their endeavors.

However, when uncertainty takes root, number one gets a feeling of detachment, as if nothing is around them is as should be which stops number one from delivering their best performance.

They also become negative in their behavior, treating others with aggressiveness and an overall poor demeanor.

It is when number one fits the role right that this individual becomes a gentle, reliable, convincing and affectionate person.

One of the main objectives for number one is to excel at everything they do. Developing any and all skills, becoming exceptional at work, in social life, at home and in relationships will aid number one’s strong yearning for security.

After all, relying on skills honed by one’s self can create the strongest sense of security there is.

These people were born for greatness. They were meant for achieving grandeur and creating unprecedented advancements for society to benefit from.

A proud and self-sustaining attitude

Number one individuals should really sit at the pinnacle of business and management, with their immense intellect, there is nothing they couldn’t achieve if they put their minds to.

This great aptitude of theirs is also what makes diversity a requirement for them. Finding new projects to work on is paramount to staying positive and active.

With number one people, the power is in their hands. The power to do what is right, to hold the reigns of the world.

Number one can choose whatever career they want seeing as how their aptitude and abilities enable them to master anything they wish.

Amongst the rest of the qualities number one brings, they also have what it takes to mend people, to become caretakers of the world.

During number one’s quest, they will evolve and grow, as well as aid others in their growth.

All of this brings forth the realization that letting originality and imagination loose in an environment of assurance and self-confidence can bring forth prosperity for all.

These people are filled with the fire of devotion and dedication, never shying away from progress or the hardships it comes with.

They bring forth positivity with them in any environment they visit. The downfall to number one is that they can often be insensitive, lacking empathy. In order to keep the image of success they will often seem bossy, aloof and smug, which in turn might push people away.

They do wonders in the position of a leader, and are also hard-working, diligent people, but because of their personality, deep inside it is hard for them to accept not being in the lead.

Their self-sustaining nature makes it difficult for them to ask for assistance or even accept it.

Something to keep in mind as number one is that people under one’s influence tend to put themselves and their needs before those of others.

This makes it so that number one individuals can become some of the most solitary people, detached from the world.

Remembering that number one’s mission is to be on top is crucial, because in order to be on top, one must depend on the aid of others.

While anything is possible if a person puts their mind to it, it becomes infinitely better and easier with the help of trusted people. It is advised to create deep and meaningful bonds on their journey to success.

The imagination of number one is beyond compare, however it can be a handful to manifest it. These people usually come across a brick wall because of the many possibilities that stand before them. They turn towards overthinking and often become confused.

Number one people also, more often than not, appear as cold and insensitive. It’s in their nature to aspire for greatness and this makes them often act bossy and arrogant.

Their mission to become leaders will often place them in the opposing force of others who claim the same throne.

Channeling their inner power will bring them the confidence they require in order to be themselves and share the fruitfulness of their brilliant, original minds with the rest of the world.