Destiny Number 8: Meaning and Ways to Channel Its Positives

Destiny number eight people often attain great wealth due to their occupation of important positions at certain points in life. 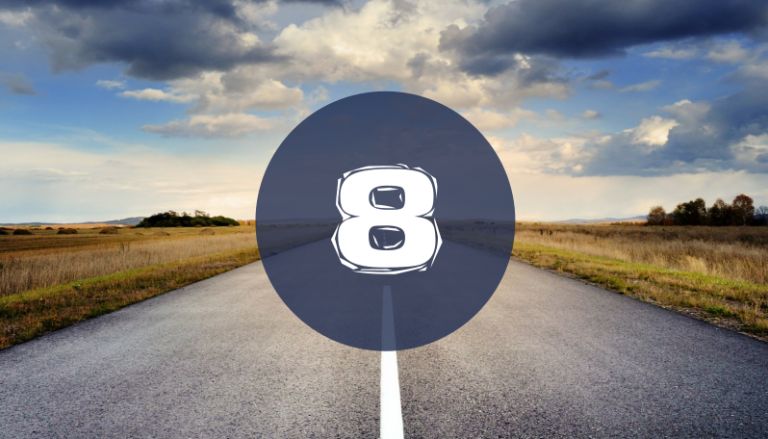 The people with destiny number 8 aspire towards greatness. They desire appreciation and to be held in high esteem by others. They are bound to go for the large goals in life. Success earned through hard, honest work is always part of number eight’s plan.

Monetary benefits will tail this person yet this individual ought to not make that their aim in life. They should not be harassing of others and keep away from the desire for power, distinction, cash or matters of materiality.

Destiny number 8 in a nutshell

The people of this number are often followed by a certain misfortune which might usually be brought upon themselves by… well, themselves.

It so happens that sometimes these people lose faith in their purpose which in turn brings forth a negative view and behavior in life. They become prone to petty crimes and even lose some of their wealth in the process.

Faith has it quite bad sometimes for this destiny. Its people often encounter bad luck in life, from accidents and failures in their endeavors to even losing grasp of their youth early on.

All of these unfortunate events turn Number 8 into a battle-hardened veteran. Maturity comes quick to these individuals because of this and as such they benefit from the fruits of wisdom faster than others would.

These people often attain great wealth due to their occupation of important positions in diverse businesses.

They are well suited for both political matters as well as matters of the soul, but in everything they do, they tend to stray from crowds. They enjoy solitude but at the same time they are hurt because of the heartache.

These people have a high resistance to the stress that life and work bring forth and they hone an ability to easily adapt early on.

As mentioned, stress at work is common for them. Especially when it comes to advancing in the hierarchy of the business, they are involved in.

This means they will work hard to earn what they have and want and will often achieve success because of this.

These people lack trust in their fellow colleagues and friends and will often fall victim to a stasis in everyday life and in the end, they will detach themselves from society.

The women of number 8 are money makers and money savers. They simply can’t help it as a paranoia for the future keeps poking them. Dark days ask for resources to spend.

Unfortunate events in their early years will push them towards isolating themselves from people and usually from relationships and marital endeavors as well. This can be conquered through patience and an aspiration towards religiousness.

The men of this number tend to show disrespect towards their partners. Part of the mission this number brings is to evolve one’s own mind and spirit.

Taking joy in one’s life and finding the bright side among the dark times is a must. Witnessing the hardships of others can bring forth appreciation for one’s state since other people can have it way harder. Aiding others is part of being a destiny number 8.

The ability to impose one’s desires in a business is the detriment of number 8 when it comes to romance.

Communication, acceptance, sacrifice and compromising are paramount to a successful relationship and seeing how these people make it a point to write their yearnings in stone, they will find it hard to emotionally please a partner.

These people will generally fall into proper relationships with the people of number 4 since they tend to share some of their qualities and interests for materiality.

The grandness of this number brings with it a mission. This mission implies that its people will strive for greatness in wealth, equity, status, power and also an emotional and mental elevation.

The path of number 8 is to acquire the means for freedom, that’s why they wish to amass great wealth in order to enable themselves towards experiencing life at its fullest.

While their deeds might make them seem much too interested in the material world, these people can also become rather emotional and put emphasis on the spirit as well. After all, it is part of their mission to balance the material with the spiritual in their lives.

The positive side of number 8 brings with it the tools required for building financial security and respect amongst the people surrounding them. This is often easily achieved because of their managerial skills and ability to always bring projects to fruition.

Their tools include an absolute talent for making it up the ladder of society. They will almost always be seen efficiently working a top the business industry.

Most of the accomplishments these people amass are due to their ability to properly comprehend other people’s character. This makes them able to carefully choose their allies. And so, on the journey towards success they will have all the tools and aid they require to fulfil their desires.

Being influenced too much by Destiny number 8 can come with a handful of downsides.

All of this person’s desires, senses, qualities will be driven to the extreme and turned 180 degrees, making these people become power hungry, superficial, bossy and thirsty for money. It can get rather tough for them.

Having a quest given to you by destiny corrupted in such ways, turns you into something resembling a tyrant. They ought to carefully balance their earthly desires in order to avoid becoming social and moral monstrosities.

After all, these people are blessed with the probability and ability to create a better tomorrow. Not only for themselves, but for the ones around them as well. Their strong leadership characteristics will aid them in showing people the right way towards success.

Both material and spiritual, because number 8 doesn’t come with only one side of the coin. The corporeal and ethereal combine in this number to bring forth true balance between what is seen and touched with what is felt and understood.

Because of their straightforward nature, these people can be often misunderstood by others. But in the end, as long as these individuals keeps to their path, on the long run, the straying opinions of a few will not matter since following their path of sharing and caring is paramount.

Giving to others what they have worked for and sharing love and wisdom is key to fulfilment.

The best method to gain the achievements of your destiny is to never sell one’s self short. This person is meant for great things, as such they should trust in themselves that they’re more than competent in achieving them. Doing this will grant these people the riches of the world, but it will be no easy task.

Making sure to always dedicate one’s self to better understanding the matters of the soul and always striving for growth is paramount to reaching the status that Destiny number 8 provides its bearers.

And so, they need to toughen up, pick up the mantle of the 8 and rise up to the expectations in order to bask into the glory this number has to offer.