Destiny Number 7: Meaning and Ways to Channel Its Positives

Destiny number seven people should not forget that kindness, love and intellect are main qualities for this number. 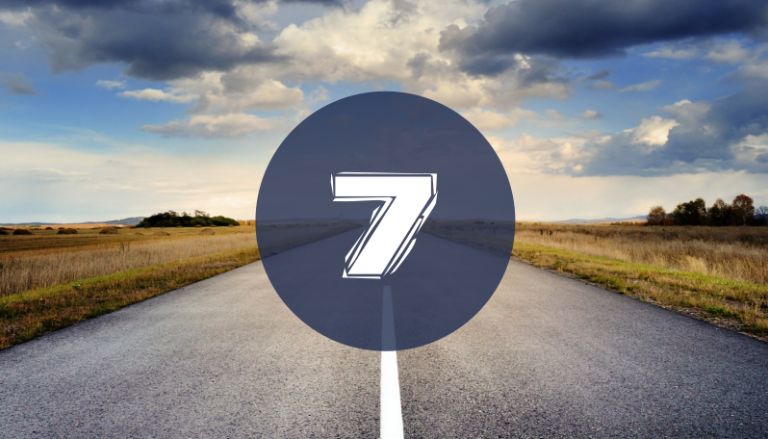 This destiny number blesses its bearer with the qualities of a teacher. This person gets a thrill out of learning and even more so from sharing the knowledge with others. To this avail, these people will become preachers or even writers in order to fulfill their purpose.

Becoming unique, autonomous, proficient and honest are great ways to ensure that this quest is brought to fruition. There is no room for negativity in this person’s life as such a search for it in others should also be avoided. The best advice for this person would be to become indulged in scientific research and exploration.

Destiny number 7 in a nutshell

The latent ability to adapt easily to any situation makes people with destiny number 7 be the favorites of the crowd. They tend to not appreciate themselves enough which in turn makes it seem to the outside world as if they’re modest, enchanting, which they most often than not are.

They are known to have brilliant minds brimming with originality and practicality which is what captivates others.

These people are best suited for careers in art, wordsmiths and even political and diplomatic careers which are of course influenced by their interests and studies. Seeing as how their spirituality shines bright, it’s a given how they’ll evolve.

People with this number show great wisdom and an ability to quickly adapt and make appropriate decisions on the spur of the moment. Their nature is like water, always flowing and changing its course, filled with youth and energy.

They appreciate harmony and balance which they also emanate and draw people in with. There’s no issue that Destiny number 7 representatives can’t solve.

Number 7 is prone to engaging in spirituality. They’ll often be found in deep meditation. This practice can bring blessings such as a keen intuition. It might even seem psychic.

They gain the ability to almost predict the future strictly with the power of their mind. When in between 30 years and 45 years of age, this talent grows the most and it is said that they can even read minds at this point.

They are deeply intertwined with dreams. They often find advice and images of the future in them. Dreams for them tend to resemble visions. Number 7 often attempts to learn the mysteries of sleep and of the subconscious mind, since it is thought that these are tied to mysticism and the supernatural.

The people with this number show great attraction to people of the opposite sex and it will be often that the men and women of this number will fall victims to being cheated on, especially in a marriage.

Women with this number blend easily in society and are easy to talk to. Highly emotional and brilliant in mind, they tend to put career and perfection in a relationship on pedestals.

This will often be the cause of many issues in their romantical lives. Her character shows a constant struggle due to a concern for the future.

Romance for the Destiny number 7

Seeing as how this number comes with a high sensitivity to intelligence, emotions and overall affection, these people will rarely be seen having casual sexual relationships.

They will often not engage in such trivialities since the matters of the heart come hand in hand with those of the body, as such they will often be left baffled in the face of a relationship and its role in society.

However, they can create romantical bonds with someone that has the same spirituality and emotional determination as them.

This number brings the path of enlightenment. The purpose of these people is to seek self-awareness and research. They ought to search for all the answers life has to offer. Spiritual research is part of their everyday lives. They must be diligent in their quest for unlocking the knowledge lying in one’s own self.

These people might be often found seeking solitude. They tend to be torn in between being rational and basing their decisions on tangible evidence and information and being what some would call clairvoyant.

Trusting their guts comes naturally. They must find balance in their opposing nature in order to fulfill their purpose.

In order to reach the final destination of their quest, they need to hone their minds, adaptability and analyzing abilities. Doing so will grant them the tools they require to comprehending the secrets of the mind and soul and will render them able to easily digest and use any information that comes their way.

With all the abilities this number has, these people are prone to becoming some of the greatest researchers.

Their hunger for knowledge will drive them towards becoming symbols of wisdom and a great source of advice. This along with their spiritual elevation makes them best suited for scientifically oriented fields and they can also become deeply intertwined in religion and even matters of the occult. All of this in order to learn and share knowledge with others.

These people might often seem aloof. This is a side effect of their solitary nature. They simply can’t seem to get around working with others in a manner that will let them understand this mysterious number 7.

While harmony will exude from these individuals, others will find it hard to get close to them. It’s just how things are with these people. They simply like standing away from the crowd and learning in peace and quiet.

Perfectionists, that’s one word that could be used to describe these people. They tend to search for the best and most efficient methods for solving issues and this will often make them become separated from their spiritual self.

Such practicality will estrange them from their emotional side and when faced with a matter that requires them to feel they might find themselves at a loss of words.

The downside of having a 7 as your Destiny number is that all the solitude that comes with it will push an individual into lacking trust in others.

This makes this person close themselves inside their own mind, not taking into consideration any outside opinions which in turn will render them rather unable to adapt to certain situations and these people might even become over judgmental.

This can become a great disadvantage to have for the quest imposed on Destiny Number 7 seeing as they require an open mind in order to properly and efficiently process information and data that the outside world has to offer.

So, locking themselves up in a self-absorbed mind is definitely against what their number stands for. They need to let themselves accept opinions coming from others seeing how that can also be valuable information.

They ought to remember their destiny, that of attaining knowledge and wisdom by any and all means in order to achieve enlightenment.

People will often find themselves at a loss of words when trying to describe this individual. And that’s normal, since this person likes their space and solitude. But this must change. Spirituality cannot come to one as long as the others are locked outside of one’s spirit.

Accepting others and their aid and knowledge is a must in order to unlock this destiny’s true potential.

Embracing the matters of the heart and soul is important since this is when this person will be most apt for evolution and wisdom. If not, negativity will take root in their hearts and minds.