Destiny Number 1: Meaning and Ways to Channel Its Positives

Destiny number one people strive for balance between action and thought. 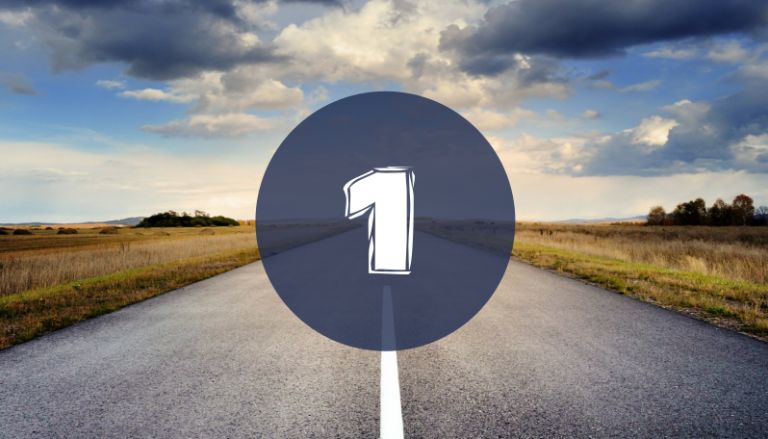 The people of this number are hardwired to shine as true leaders. Their latent abilities ought to push them towards such a position. They should forever strive to become inventive, to go through life with an iron will and brim with self-trust.

They should stray from any and all acts of self-indulgence, egotism and vanity. This number is meant for great things and the ones born with it should always strive to do better while leading and inspiring those along their path.

Destiny number 1 in a nutshell

These are people for which blending in with society comes with ease. Whether it’s a superficial or deep bond, it doesn’t matter. Their fortune comes of its own accord, as they were born with physical, emotional and mental strength.

The person with the Destiny number 1 tends to be rather tolerant, self-restrained and calm beyond compare. Their managerial and directorial qualities make them likely to become great leaders.

Adding emotion and piety into the mix will make this person fit for preaching, making it easy for such people to enter the circle of religion and also of teaching.

However this will be a rare sight, as the people with this number are usually prone to fall into the material side of things and tend to have a more logical and matter-of-factly way of thinking.

People under this number are the honey and milk of society. Always willing to lend a helping hand. Their amazing decision making and intellect are their strongest selling point. But this does not always stand true.

During the months of the low sun, in October, November and December, they are affected and are prone to having a poor judgement.

This often gets the number 1 to fall into a slight depression but can in the end be taken as a lesson. Their peers are often led into aspiring to be like the Destiny number 1.

The romantic life of the Destiny number 1

The sad part about having the Destiny number 1 is that the love life of these people is average on a happiness scale to say the least. These people aren’t the most romantic, nor will their romance get any better after a wedding.

So they need to do what they’re meant to do. Focus on the issues of the world. With their abilities they can mold it, change it into something better for the people, for the environment.

The people under the influence of number 1 tend to have a hard time in romance due to their desire to dominate. Relationships for them work only if their partner will take upon themselves the role of the submissive one.

There can’t be another way for them to be happy in a relationship as they simply cannot change their dominant nature which often deprives them of any pleasure, save the one they get from dominating a submissive partner.

The ladies of this number, especially the house wives of this number, tend to concentrate strictly on their lives at home. Making sure that everybody feels welcomed and experiences the warmth of their house is a must for these women.

They are empaths that love aiding those in need. They are shown to have a personality of steel that emanates confidence for those around and are never a mess when it comes to managing any sort of activities.

Always organized and well behaved. A downside would be the fact that they can sometimes be influenced by the allure of another romance.

Men with a Destiny number 1

The Destiny number 1 men tend to show an interest in politics. Hard and determined workers, they are often seen high atop the chain of society, spinning the wheels of the world towards overall improvements of life, especially the life of the needy, the homeless.

Their aspiration and will constantly pushes them towards achieving such charitable goals. They’re the best at what they do.

They also have all the qualities of a writer. If this person so chooses, then their style will often be that of a classic writer, originality and ingenuity being seemingly infinite for them.

Destiny number 1, if born beneath the strengthened sun as a Leo or an Aries, or born on the 28th of any month, will show great strength and the ability to persevere in anything they desire, making everybody around them recognize their qualities.

Their careers usually flourish during later in life and when it does happen they make sure their wealth is properly invested, mostly in matters of land, real estate and so on. Afterwards they use their wealth for the good of society and the rest of the world.

The powerplay is the only play this number is interested in. The destiny of these people is to… be number 1 in everything, especially in the field this person chooses.

It might be hard seeing as how these people are good at so many things, but once number 1 takes a decision, this number will flourish into its true form.

The highest expectations are usually not those of others, but the expectations of the one under the Destiny number 1. This pushes these people to do their utmost in achieving their goals. Natural born leaders, that is what best suits the people with this number.

The road to becoming this telltale leader will be filled with hardship which these people will not shy away from. While it may seem that this will turn them into cold, aloof leaders, that is not the case. Their hearts and minds are usually filled with understanding for their peers.

The number 1 Destiny provides the people under it with the blessings required to make it in life as great organizational businessmen, high atop in the ranks of society. Their great tradesmen skills and managerial talents will aid them in achieving said position, all while striving for independence.

Always in the search for methods to develop one’s self, these people will never cease to find new ways to reinvent themselves, their careers and the lives of others.

The people with this number have all the makings of a great entrepreneur and are often found to be the founders of great businesses that flourish and provide a great deal of wealth.

Forever expanding and evolving, these people will never stop developing and growing as individuals and will always provide the same advantages to those around them.

However, all of these qualities come with a negative side to them. Most number 1 individuals will often present an easily influenceable character when it comes to their materialistic achievements. They will become drunk on the idea of greatness and think too much of themselves.

And they should, they have all the right reasons, but they should never forget that selfishness is not their true path in life. Also, superficiality is not for them. Compassion for others and the overall welfare of the world is what should drive this number.

The people of this number get bored of the mundane daily routine rather quickly. That’s why they’ll need new methods to keep away from boredom and not impede their development. Their stressful lives require an excessive amount of relaxing endeavors to keep their minds off of problems.

Destiny number 1 simply needs to keep pushing on, always striving for the best in themselves and others and always looking to be a leader, especially in times of need.